Since I was a little girl, I’ve always rocked the Jamaican Chiney Bump Hairstyle. They were easy, quick and actually just funky and cool. Now-a-days, you find a lot of taboo talk about them.

What is a chiney bump hairstyle

A twisted (or braided) portion of hair wrapped around itself to form a bun is called a Chiney Bump Hairstyle or Bantu knot.

I often wear bantu knots as a hairstyle leading up to an even better and curlier fro. Normally that means they’re worn late at night, covered with a scarf, and hidden from everyone except me.

Up until recently I never even thought of wearing my knots out. I would see them on a passing stranger or two, but still, the style didn’t seem like it was one I would wear out and about.

I’ll admit, I feel as though it takes a certain level of confidence to rock a bunch of knots in your hair. But once you do, it really becomes this threshold of style and hair confidence. It was something I had yet to reach… until now.

Truthfully, it’s day four or so, and I am still in love with this look. It’s holding up well, and is so incredibly easy to create and to keep up.

Something I really look for when creating any style as a busy person.  Here’s how my sister created this look for me!

How To do Jamaican chiney bump hairstyle

Step one: Wash your hair

After washing or co-washing your hair, separate it into four parts using a t part. Oil and then gently comb through each section with your Denman brush.

After combing each section through and tying it back up, part each section according to the amount of bantu knots you’d like in each one.

apply all of your products to each section one by one. After applying your products, comb through your smaller hair sections gently and thoroughly.

tightly tie one of your smaller sections creating a ponytail. Then separate that ponytail into two once it’s securely in the hair tie.

I really do love the way the parts came out as a whole. I love that they look clean, and also kind of weird and cool.

After twisting the two strands together, take the whole twist and twist it in a knot clockwise. To secure your knot, you can use a bobby pin or tuck it under the knot.

I have to say, despite it’s craziness, this style is one of my favorites! I think what I love most is that it’s actually doing a lot for my hair while it’s in.

As a natural girl, it’s protecting my hair by keeping it twisted and tied during a long period of time. But also, this style can be worn by anybody! Straight hair, fine hair, blonde or brunette you name it!

It also gives most people a great curl once they’ve taken it out. Now that you know how to create this super easy look, will you give it a try? 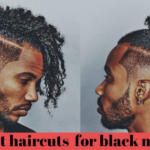 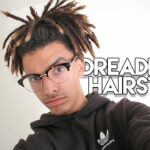