Does Jamaican black castor oil expire? The answer is a definite yes. If you’ve had it for over 1 year, it will not be as effective and might even cause unwanted reactions on your scalp like itchy scalp or dry scalp.

The shelf life of Jamaican black castor oil vary depending on the producer and the brand. The producers label their products with an expiration date and they are not specific about when it expires.

This is because it depends on how well-kept and stored that particular batch of Castor has been most of time.

In the past few years, castor oil has been used to both repair hair and skin and remove dandruff. It has also been known to speed up hair growth.

How can you know if your Jamaican black castor oil has expired?

To find out if your Jamaican black castor oil has expired, you can either:

Check the odor: Once a castor oil has gone bad, it can emit an unpleasant smell that may stir you up. The smell of Jamaican castor oil going bad typically smells earthy.

If the smell of Jamaican black castor oil becoming too overpowering or foul, it’s reasonable to assume that the oil itself has expired. In this case, you should avoid using it and dispose of it immediately.

Check the appearance: Castor oil is packaged in two colors – green and golden yellow. If the color of your castor oil has changed from pale to pale golden or to dark brown, it means it has either expired or been improperly stored.If your castor oil starts to look cloudy or has become murky, stop using it.

Some people still use expired black castor oil as a moisturizer. Although this practice may save you money and it can work for some people, it can also lead to severe allergies, rashes, and more that could be avoided with a new product.

Using an expired product is never recommended, so look out for these signs and stop using it when you notice changes to its appearance or smell. Jamaican black castor oil can last months at a time.

Can you use expired black castor oil?

Castor oil has a finite shelf life, and it’s recommended to pick some up before it goes bad. This oil typically has a lifespan of one to five years. Generally, it may be advised to use the oil within a year of purchase.

Hair oils should not be used after their expiration date. Overall, it is wise to avoid expired products like Jamaican castor oil. They can cause a chemical reaction that can lead to hair damage or loss.

Yes, using expired Jamaican black castor oil on your hair can cause your hair to be damage or even worse, lead to hair loss. You should never try to do this once the product expires. You should replace it with a new one immediately.

If you are skeptical about whether your castor oil should still be in use, read on to find out what you need to know before applying it to your hair and skin.

The shelf life of castor oil is about two years. After that, the chemicals in the oil starts to degrade and change its composition.

The expiration date on castor oil is not just to make sure consumers don’t purchase expired product but it also gives them an idea of when a product was made and when they can expect it to be at its best quality/effectiveness.

Does Jamaican black castor oil need to be refrigerated?

It is actually not recommended to store Castor Oil in the refrigerator. Castor oil is an amazing product, which one can use in many ways. It is recommended to store this in a cool, dry place. A pantry or room shelf are great options that have the correct temperature range.

How to keep castor oil fresh for a long time

To keep your Jamaican black castor oil bottles fresh for longer, it is important to follow these tips and avoid mixing the old oil with new ones:

Castor oil will remain potent for up to two years after its creation. Once the seal is broken, oxidation causes it to go rancid, so you should use castor oil when it doesn’t expire yet. 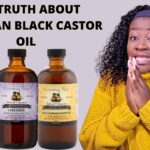 Why does Jamaican black castor oil cause itchy scalp